Athletics for women at Clemson began in 1975 with the announcement of women’s basketball. Nearly 50 years later, Clemson athletics proudly sponsors 12 NCAA Division I women’s programs. These programs have claimed an impressive 39 ACC regular-season or tournament team championships, 49 women are enshrined in the Clemson Athletic Hall of Fame, and former Clemson alumnae have earned 10 Olympic medals. Outside of competition, our Tigers have posted record-setting GPAs and become leaders professionally in their families and communities. We have much to be proud of as supporters of women’s athletics and our young women who proudly wear the Paw!

The momentum behind the growth of athletic opportunities for women at Clemson has never been more tremendous. Within the last decade, Clemson athletics has added women’s golf (2012-13), softball (2019-20), and announced the sponsorship of women’s lacrosse (2022-23) and women’s gymnastics (2023-24). In the spring of 2022, a comprehensive women’s athletic facility plan was formalized, and POWER: Women’s Leadership Academy was officially launched. Today is a pinnacle moment in Clemson women’s athletics; we are climbing to new heights, and it is time to Hear Her Roar!

Hear Her Roar, a fundraising initiative led by IPTAY,  raises awareness and financial support for Clemson’s women student-athletes, providing them a premier collegiate experience both athletically and academically.

Supporters of IPTAY and Hear Her Roar play an integral part in:

A gift of any amount can be given to this fund to support:

Endowed Scholarship in any Women’s Sport

To learn more about endowing a scholarship, please contact Lauren Gaulin at lgaulin@clemson.edu or 864-656-2608.

For information about naming opportunities within Clemson athletic facilitates, please contact Lauren Gaulin at lgaulin@clemson.edu or 864-656-2608. 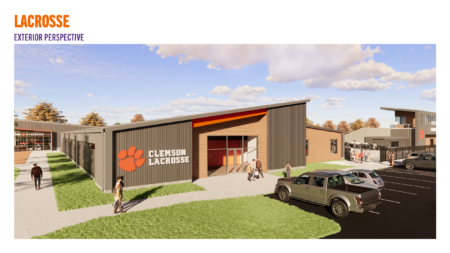 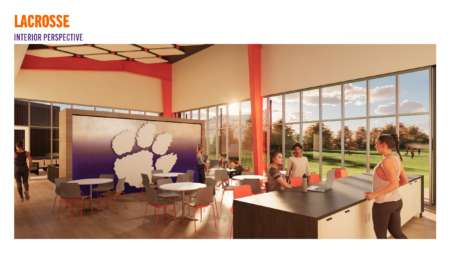 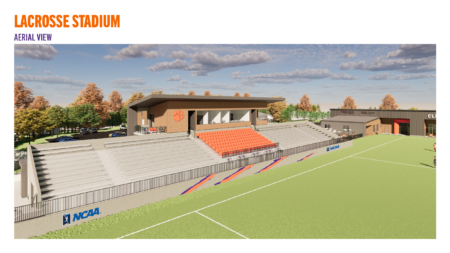 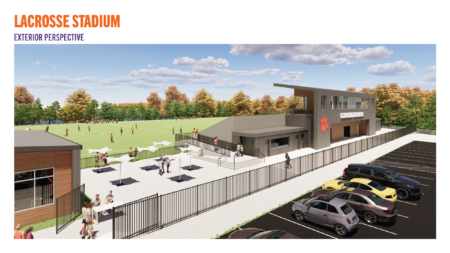 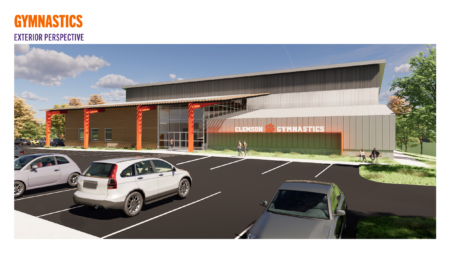 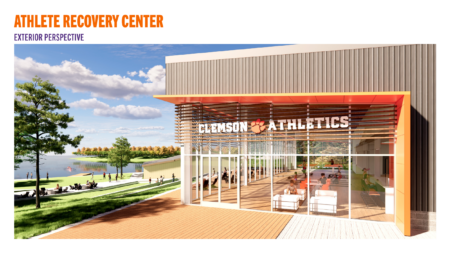 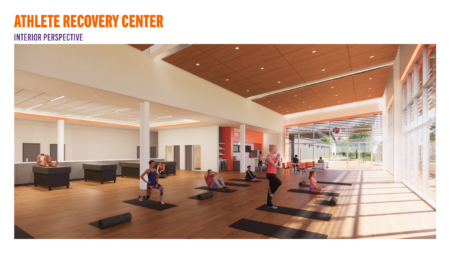 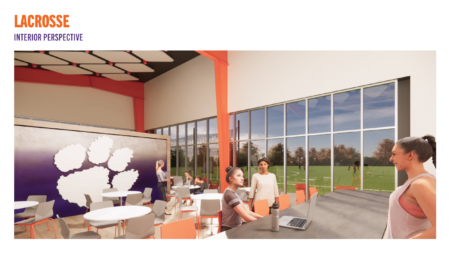 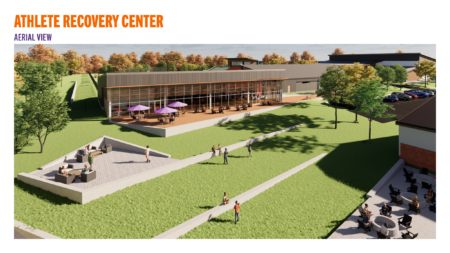 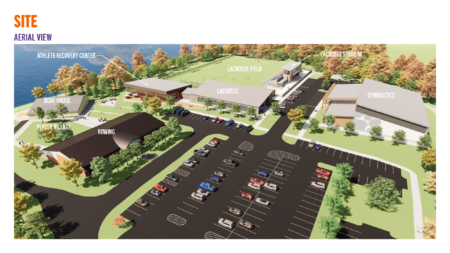 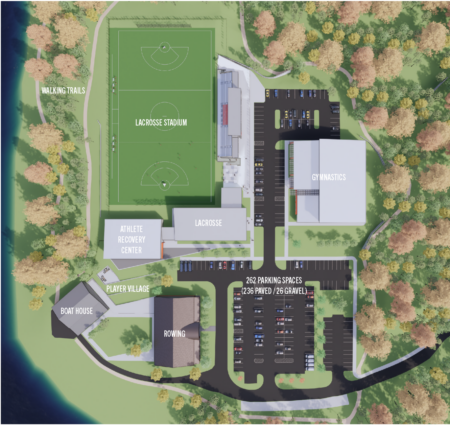 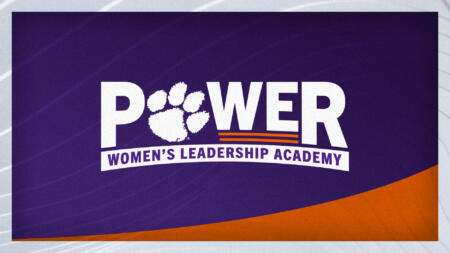 Hear Her Roar donors can directly support any of our women’s teams. Operational support provides immediate assistance in fulfilling the needs of women’s programs. Learn more below about how you can support a specific women’s team at Clemson.

To learn about establishing a program-specific endowment please contact Lauren Gaulin at lgaulin@clemson.edu or 864-656-2608. 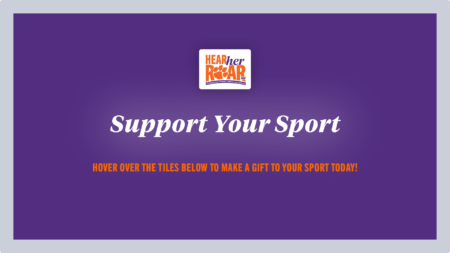 Give to Women’s Track and Field & Cross Country

Give to Women’s Tennis

Give to Women’s Basketball

Give to Women’s Soccer

Give to Spirit Squads 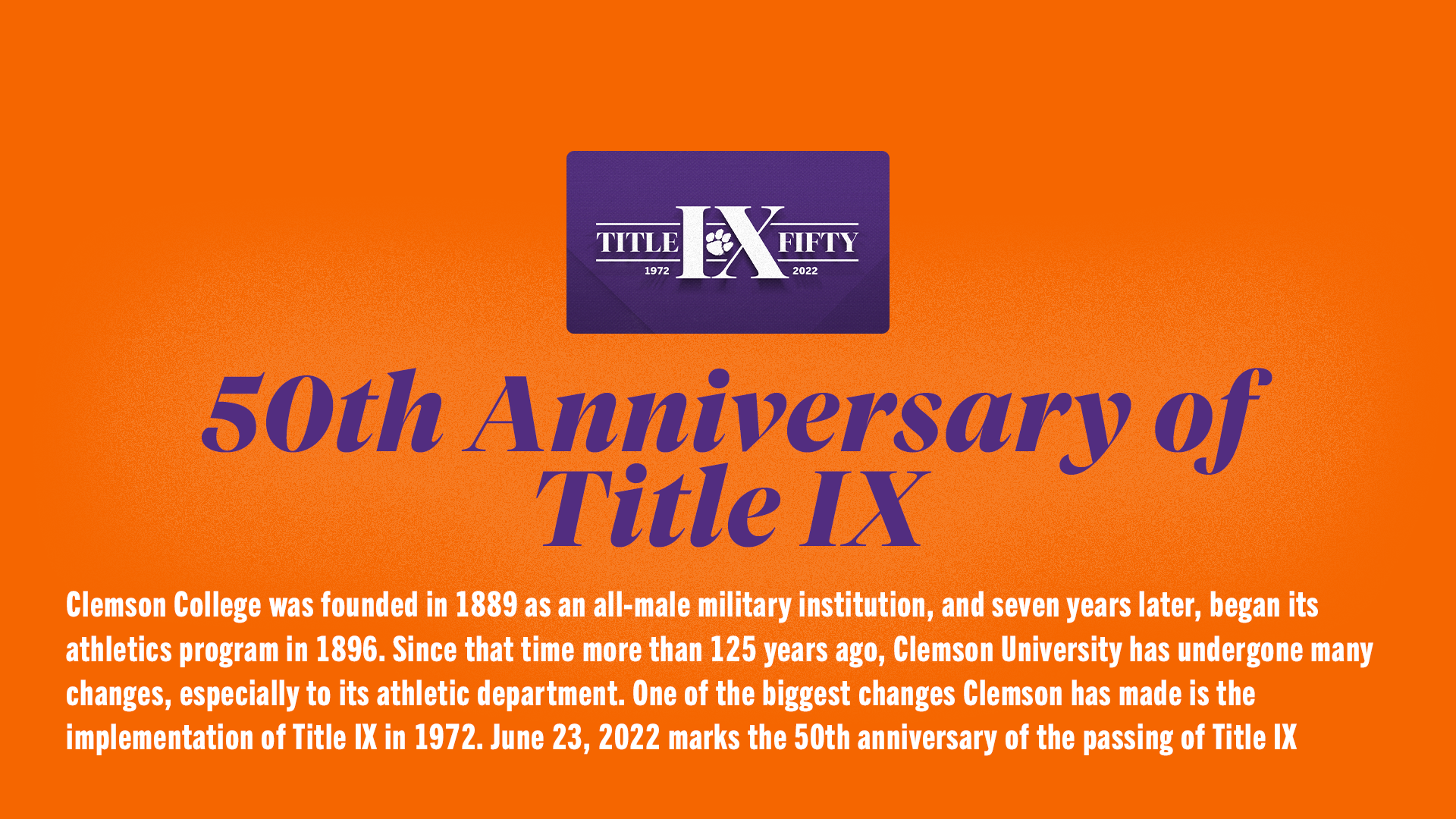 Each year, more than 275 women suit up in the orange and purple. Thousands of women’s athletes have called Clemson home and participated in a total of 16 sports throughout the years. And while the history of the program is strong, it’s the future that is brightest. Clemson has added four women’s sports in the past decade – golf, softball, lacrosse (2022-23) and gymnastics (2023-24). We’re just getting started…

Will you help our female student-athletes ROAR?

Through Hear Her Roar you can have a direct impact on Clemson’s women student-athletes by making a gift to any of the above focus areas. To learn more about how you can make a difference in the lives of Clemson’s female student-athletes contact Lauren Gaulin at lgaulin@clemson.edu or 864-656-2608.