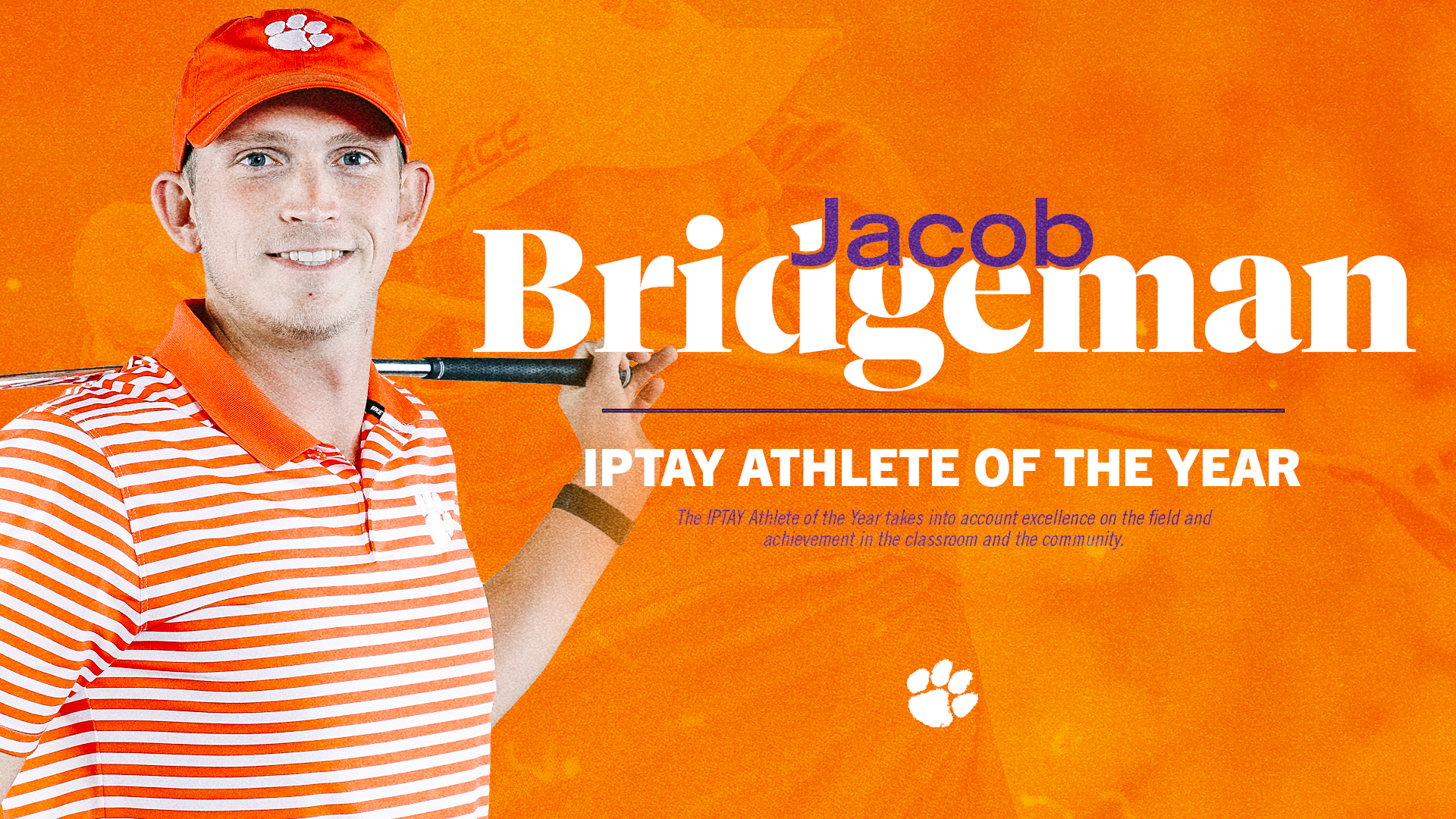 The IPTAY Athlete of the Year takes into account excellence on the field and achievement in the classroom and the community. This year’s recipient is Clemson senior golfer Jacob Bridgeman.

Additionally, Bridgeman was the recipient of a Weaver-James-Corrigan Scholarship from the ACC for his outstanding performance in the classroom and on the course.

A native of Inman, S.C., Bridgeman was named the ACC Most Valuable Player for the season and won the ACC Championship at the league tournament in April. He was the first Clemson golfer to win the ACC Tournament since 2006.

Bridgeman finished his career with a 70.70 stroke average, second in Clemson history behind Doc Redman and set the school record for career rounds in the 60s with 50.   He won two tournaments this year in recording a 70.43 stroke average. In addition to winning the ACC Tournament, he captured the Linger Longer Invitational. That gave him five tournament wins for his career, tied for first in Clemson history.

The Clemson graduate finished second in the PGA University Rankings this year to gain full status this summer on the Korn Ferry Tour. He has made the cut in four-of-six Korn Ferry Tour events so far this year, including a fifth-place finish at the BMW Charity Pro Am in Greenville, S.C. He also made the cut at the Barbasol Championship on the PGA Tour.