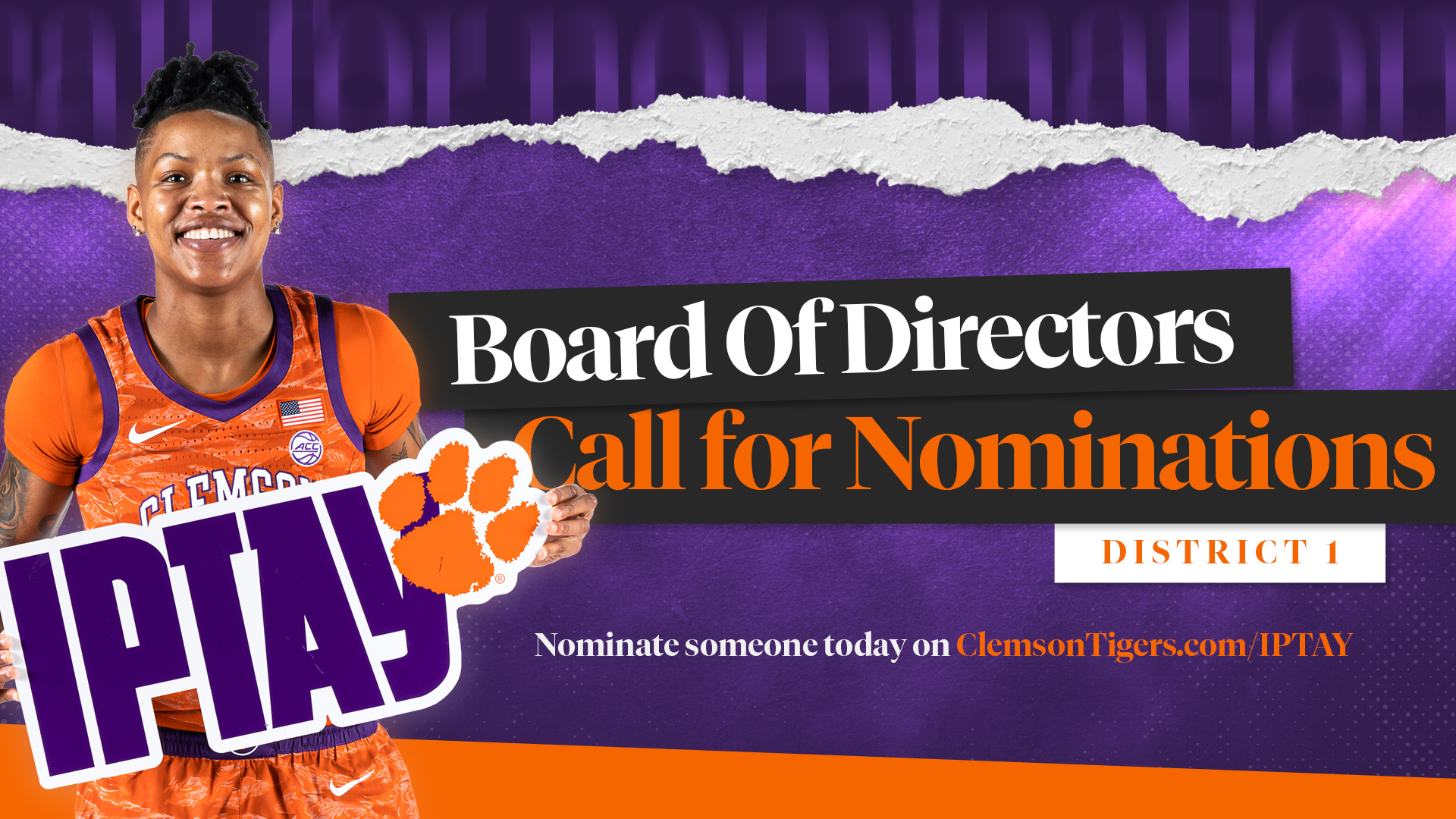 IPTAY Board of Directors Call For Nomination

­­­­­­­­­IPTAY is committed to the development of a large and diverse pool of candidates as District Directors to serve as at-large IPTAY Board of Directors and thereby represent a District of the IPTAY membership.   IPTAY is issuing this call for nominations and seeking potential candidates from the recommendations of the members of the Clemson University family at large.    In addition, IPTAY is concurrently seeking names from its members through written petition of the members of IPTAY grouped in their applicable District.

Candidates should demonstrate a passion for Clemson University and its athletics programs, a high level of integrity, and a willingness to make the time commitments associated with the District Director position.    To ensure the continuing diversity of the IPTAY Board, IPTAY is seeking candidates, who are representative of minority groups and reflect the diverse population of Clemson University students and alumni.   IPTAY will also provide consideration to former student-athletes, who have been recipients of the IPTAY scholarship funds. It is not an express requirement that a candidate be a graduate or a former student of Clemson University; however, every proposed candidate must be a member of IPTAY in good standing, and may not be younger than twenty-one years of age upon the day of the election.

In this nomination cycle, IPTAY has one board position that will need to be filled from candidates who reside in the following geographic district:

If you have any questions about the nomination process, please contact Mary Anne Bigger at jarmita@clemson.edu. Thank you for your assistance with this effort. We look forward to receiving your nominations.